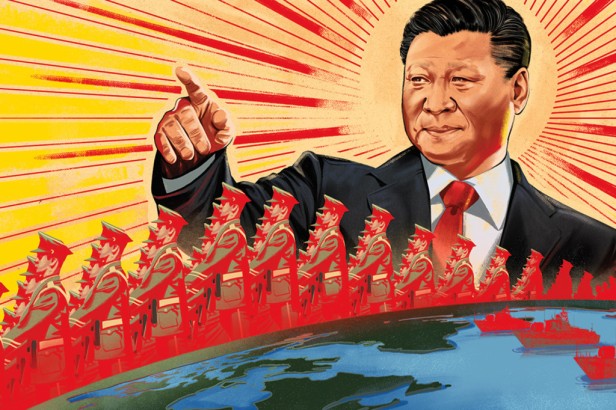 ” It ain’t no fun with the Rabbit got the Gun”

The White race has met its match. White people claimed 5 Black men could not beat 5 White on a basketball court, White people claimed its not way an all White team of southern White men could lose to a integrated team with a Black man. They now also claim it is no way the White man could lose a war to the Chinese. I am not going to be anywhere near Europeans when those chickens come home to roost.

Europeans who call themselves American  have rewarded Lebron James handsomely for being traitorous to his own race. Lebron James turned his back on a Black high school in order to bring revenue to a White private School and make himself enduring to Whites in the United States, if Lebron did not do this, he would have never been drafted in the NBA number 1 and he would be living a marginal lifestyle.

Whites people who are in total control of the United States treasury and economy have created a Skinnerian Hunger Games Lifestyle for their Former Slaves, where Black people are a bunch of rats desperate to escape poverty and poor living and in many case sell out other out and violate each others Human rights for a White supervisor in the Public Schools, Law Enforcement and Corporate America.

China is a Autocratic Nation, they have one party, and a slogan to foreigner’s that I love, “This is one China, you don’t like, you go home”. The indigenous Chinese people are in total control over the entire Nation. You are not going to marry a Chinese woman or man and assume the same status of an authentic Chinese nation. China has more Democracy than Black people ever will in the United States. All 45 US Presidents have come out of the womb of a White woman and the Multi-Racial Barack Obama proudly boasted ” I am not the President of Black-Americans, I am the President of All Americans” as a callous disregard to the legitimate grievances of Africans in the United States, not even Donald Trump showed that kind of disrespect.

” People of the World, they have China totally wrong, they are not Communist, they are Nationalist.” Dr. John Henrike Clarke

The people in Hong Kong are Westernized Chinese, and they want to bring Western values that don’t align with the Chinese personality that has not been corrupted by Whites. The typical Black person is nothing but a slave to White people. Black people follow behind either White Liberals or White conservatives to get their political ideology even though White politics have Black people at the bottom of the totem poll and Blacks still refuse to recognize this. The Chinese on the other hand as Malcolm X predicted are one nation that doesn’t have Uncle Toms and doesn’t need Democracy.

The enemies of China, wanted to use Black men born in the USA as proxies to attack a strong Unified Chinese nation and are upset that they felled. Yes, Lebron James doesn’t want to disrespect Chinese people in their country, it is ignorant to force your way of life and values in someone else’s country. White people have gotten away with this for hundreds of years and well that party is over. Now you got people calling an athlete a boot licker, a sell out and other things for respecting the Freedom and Liberty of the Chinese People who don’t want their nation divided into political factions which is complete moronic.

Democracy is the best political system for White people, especially White people living outside of Europe because White people rule by their divide and conquer techniques. And the Chinese as well as other intellectuals understand this. China doesn’t promote to be a United Nation when it is not, it is United and it is compromising and it refuses to make the same mistakes Black people make and be the willing traitor’s idiots Black people are for 8% of the worlds population i.e. Europeans.

3 thoughts on “Chinas Crime, Not Being Like White People”